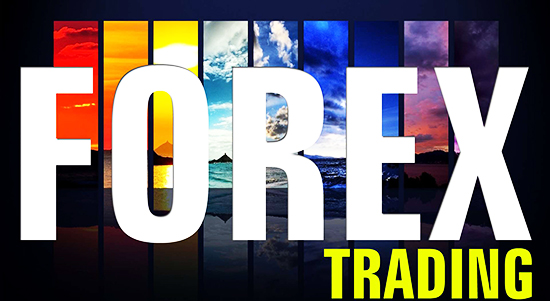 Forex trading is fruitful with millions of dollars being made, but it is also fraught with risks.

Those who are prepared for these risks can manage their trades better and remain in the black. Those who struggle will lose more and more with time.

What are some of the main risks involved with Forex trading in this day and age? What should a trader be looking to avoid right from the get-go to ensure they don’t lose all of their money? Let’s take a look.

Fluctuations are a risk all trades have to deal with. It is not about variation from day to day, but hour to hour with currencies. A mere glance at a currency shows how it hops up and down throughout the day before reaching a particular point. It is this time differential which can have a positive or negative impact on one’s results.

It is a risk that has to be accounted for.

A trader cannot work in a vacuum where the currency rate is going to remain static throughout the timespan of a contract. The currency will flutter, and therefore it has to be factored into the risk being taken on. Traders have to assess how much they can handle in fluctuations before looking elsewhere.

The next form of risk involved in Forex trading would be “leverage”. In other words, this is called the “margin.” Due to the variation in foreign currencies, a setup is in place where small amounts or “margins” are paid to fill that gap and maintain consistency.

Leverage is often used as a means to push forward with larger trades and get more out of the market in a shorter span.

Of course, there is a risk with this option that has to be accounted for. The risk involves excess losses when the currency being traded in drops. The margin loses its significance, and the burden falls on the trader’s shoulders. This can be damaging and is something many traders around the world deal with on a regular basis.

There are some who continue to use this tactic to balance out some of their low-risk trades. Leverage should never be employed in a manner where it puts every single investment into question. This is a risk that has to be assessed and managed from the beginning because the damage can be significant.

Interest rates is another subject in association with Forex Trading and its risks.

Economists around the world talk about interest rates and how they can impact currencies. Let’s imagine a country’s interest rate has gone up overnight; this is going to increase the amount of value coming into the country through investments.

There are many economic reasons for why the interest rate is dropped or increased. However, one thing is for sure, the trades being made are hampered one way or another. If the fluctuation is dramatic, it is the trader that is going to pay through their investments and that is a risk one has to manage head on.

It is rare to see the currency remain “as is” because there are varying market conditions that have to be dealt with. This gets exponentially riskier when dealing with the world markets instead of sticking to national contracts.

The following risk involves the simplicity of a country and how it’s doing. Investing in a third world country in a war-torn region is going to lead to a volatile setup and is fraught with risk. While, a first-world country with a relatively peaceful setting can ensure things remain consistent.

Now, this cannot be overlooked by those who are going to be trading in the market. Doing so would be reckless.

Some prefer the benefits of trading in markets that are “untouched” (i.e. minimal trades are carried out) because the rewards are greater. However, the reason those rewards are more important involves the higher risk profile in place. There is a balancing act in play.

The currency is directly connected to how the nation is doing, and if the country faces a disaster, it is the currency that will be hit hard. It is important to keep this in mind while choosing the markets for your portfolio and setting up contracts.

Those who don’t do this are the ones who are left reeling and are not sure about the trades they have made and how things will play out. Remain patient and assess this risk.

The final risk involved with Forex trading has to be the “counterparty” risk. This would be the party that is going to establish a contract and help carry it out. Let’s say you have gone through a dealer or broker that is assessing everything, it is essential to assess the risk involved.

The risk is going to include the chances this dealer or broker goes bankrupt or is not able to maintain the contract as promised.

This is not as likely in a stable market, but in volatile markets where the margins are slim, it can become a reality.

These are the main risks involved in Forex trading for those who are assessing their portfolio and approach. It is essential to balance the risks being taken and manage things as best as possible. Those who don’t do this are the ones who are going to be left with a struggling portfolio of contracts.

Do your research and factor in all of these risks as soon as you can. This is going to help manage your portfolio in all markets without losing your shirt.

Once these risks are calculated into the trades being made, it is hard for a trader to lose and that is key.